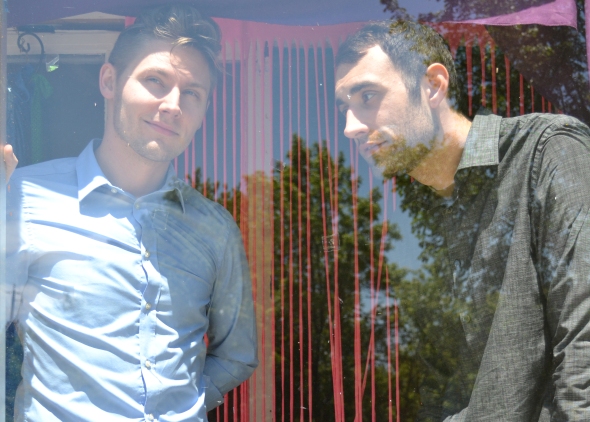 What began as a studio project of long-time collaborators Matthew Gorski and Steven Look, Fable & the World Flat turned into a beat-heavy, indie-pop active, take-to-the-stage project. Studio demos lead to the formation of their live setup and release of the debut album, Ladies & Gentlemen, in 2009. After taking a couple of years off to pursue other projects, the duo is emerging from the studio with two new albums in 2013, The Great Attractor (released in April) and Dark Flow (set for release this Friday, September 27th at Hotel Foster). Tune into WMSE’s Local/Live tonight at 8pm to catch a live set of those new songs on the radio airwaves — 91.7 FM on your radio dial in Milwaukee or stream live or in the archives at WMSE.org.